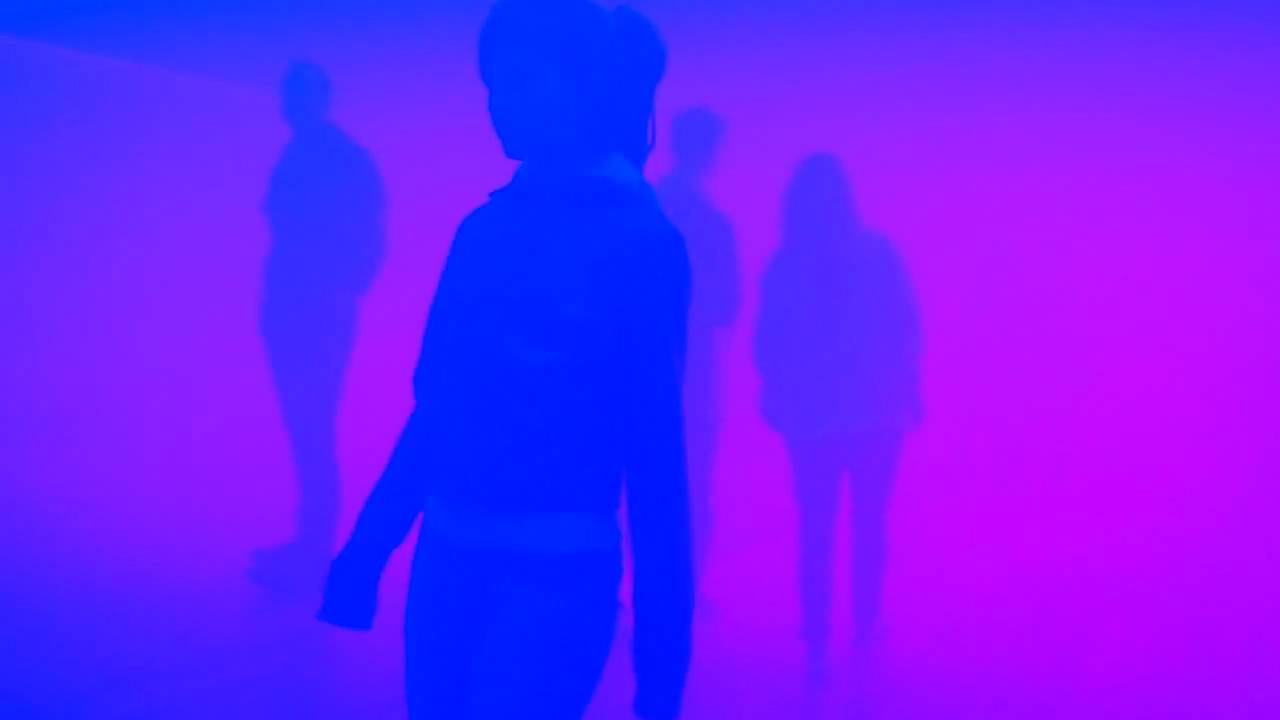 I went to see Olafur Eliasson’s Innen Stadt Außen exhibit in Martin-Gropius-Bau. Thankfully, the long line of visitors was for the much hyped exhibit of the utterly overrated Frida Kahlo.

Well, speaking of overrated, I’m still not sure what to think of the whole Eliasson phenomenon. His work is certainly inventive, powerful and well, it just plain works.

Mirrors placed inside a room, creating the illusion of an endless, polyhedric structure. A room filled with fog, coloured by lights, obscuring your visibility to a few feet and at times giving the strange impression of darkness having a colour. A darkened room with a spasmodically twisting garden hose, its sprays of water lit only by stroboscope lighting, showing drops frozen in mid-air.

All these images are stunning – but can they claim to be art – or are they just clever tricks by an imaginative special effects expert?

If we define art as that which speaks of the human condition, the answer could be a resounding “yes and no”.
“No” in the sense that Eliasson doesn’t deal with the big questions of the human race: Life, death, love, the quest for meaning – in fact humanity appears to have been written out of the equation – Eliasson’s works are as impersonal as nature itself.

But – at the same time the works are designed to be perceived by – and often to baffle – the human brain. Eliasson draws on science and the psychology of perception to create magic tricks that aren’t magic tricks after all, because he does not try to fool us. He shows us exactly what’s up his sleeves, and we still can’t help but have our brains fall for his often quite simple illusions.

A powerful work was simply a huge mirror placed outside a window of the Martin-Gropius-Bau. Viewed from the inside where you can’t see the edges of the mirror, it’s almost impossible to convince your brain that you’re not looking at the outer wall of an identical Martin-Gropius-Bau a few feet away – even as you see the mirror image of yourself looking out of the window.

Another definition of art is that which shows us the world in a new way. And with his utterly transparent visual trickery, Eliasson does exactly that – teaching us surprising lessons about the nature of our own perception.

And after all, does it matter whether it’s art or not? It’s bursting with a creativity and an intelligence that most “real” artists can only dream of.