My trusty companion: The Korg MS-20 (in English) 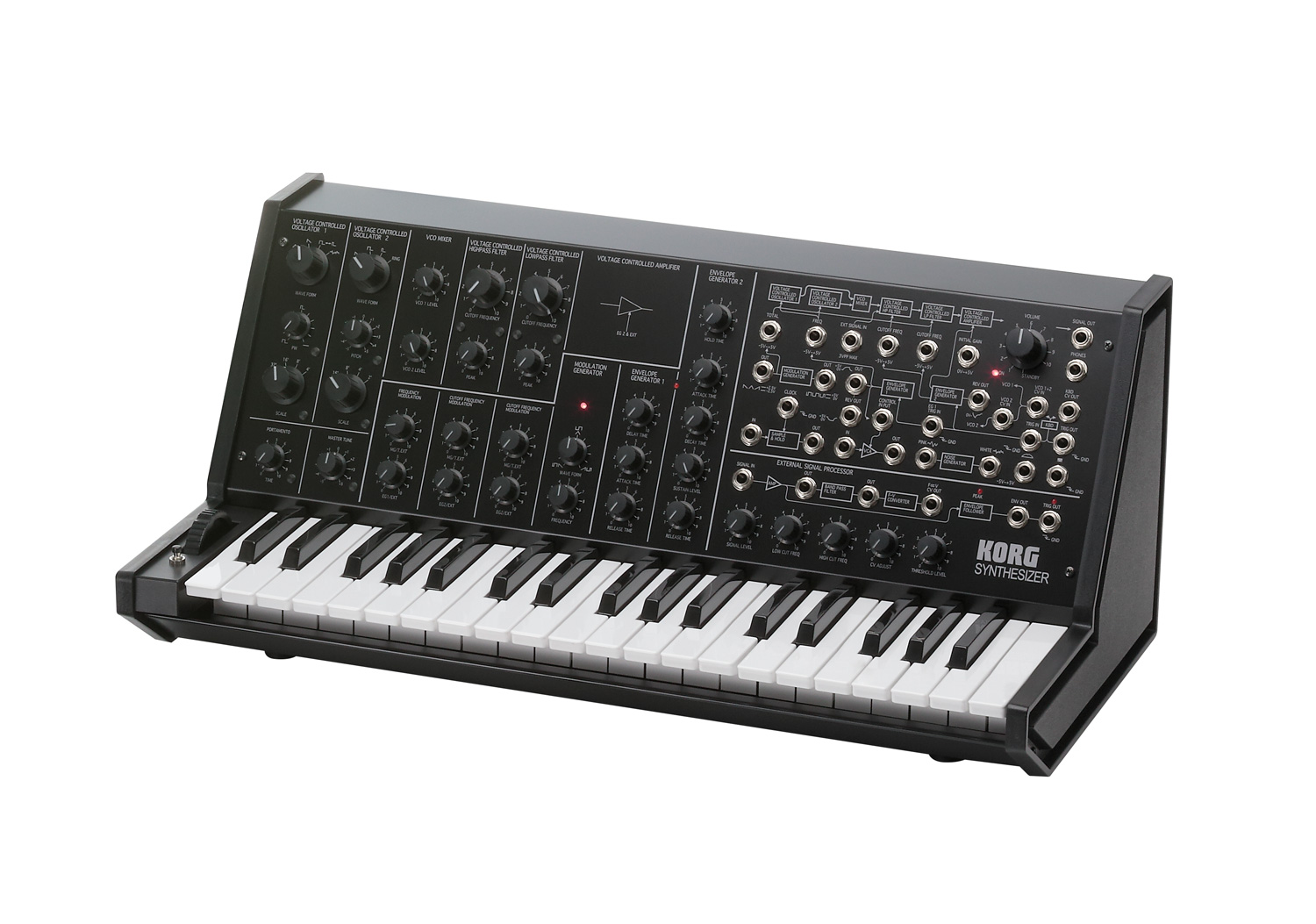 When I was a teenager (in the late seventies), I got hold of an unexpected sum of money and promptly converted it into keyboard instruments: A used Fender Rhodes piano (which I got rid of a few years later) and a Korg MS-20 synthesizer – which I’ve kept to this day.

At the time, most high-end synths like the Minimoog – and definitely the few polysynths available – were way out of my pricerange. But the MS-20 seemed to me like a versatile alternative – which today looks pretty much like an understatement.

For those unfamiliar with this machine: Two independent VCOs, two VCFs (one high-pass, one low-pass, both self-resonating), two EGs (one ADSR with

hold time, one only delay, attack, release), one LFO – but with two separate outputs: rectangular and triangular waveforms with both rate and shape control. And – wait for it: A patchbay.

Yes – the synth I chose mainly for its low price was in fact one of the most compact modular synths ever built. So modular it actually relies on patching: If you don’t patch, the wheel goes nowhere, and sample-and-hold you need to build yourself. The latter actually teaches you why it’s called sample-and-hold in the first place: One voltage control source (noise will do fine for the traditional S&H effect) is routed in to the module and chopped up with a gate voltage – and then routed to your filter or oscillator or what you like.

Of course – as I learned from using the MS-20 on stage for years – the whole patching business adds another element of stressfulness to a machine that of course doesn’t have memory to begin with: I developed an amazing dexterity twiddling knobs and connecting patchcords between two songs in a medley. But in a studio you realize that it can do pretty much anything you can expect from any monosynth.

Like all true analog synths, it has a sound of its own – and whether you like it or not is a matter of taste. The MS-20 sounds as angular and metallic as it looks. Cutting into its raspy sawtooth waves with not one, but two resonating filters is certainly not pretty – but ought to be a dream come true for any industrial aficionado.

Wear and tear, many nights on the road and musty rehearsal rooms have left my MS-20 in a ratter battered state. Certain keys wobble queasily around the correct pitch, and one filter doesn’t react as sharply as it used to. But even until it gets fixed, it’s still my favourite machine for those gritty, off-the-wall sound effects. Nobody does it better.

(Originally published on synthgear.com, May 2010)